JFK, grappling with an increasingly bellicose Soviet Union in the Berlin crisis, nevertheless is steadfast that the way forward is through negotiations, telling Secretary of State Dean Rusk,

“It is time yet (for military action). It’s too early. They are bent on scaring the world to death before they begin negotiating, and they haven’t quite brought the pot to boil. Not enough people are frightened.” 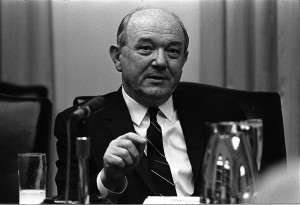