JFK started the day in New York City, where he addressed the United Nations General Assembly and proposed a program to produce a joint United States-Soviet flight to the moon.

Afterwards, he flew to meet Jackie in Newport, Rhode Island. He was accompanied on Air Force One by Vivian Crespi and her young son Marcantonio, who created a racket running around the plane. When Crespi marveled that the commotion did not distract JFK from his briefing papers, he reminded her that he grew up as one of nine in a boisterous household. 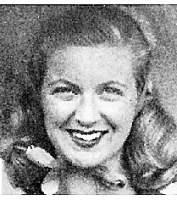