JFK motored from Camp David to Gettysburg Battlefield with his family, Red Fay, Anita Fay, and the Fay children.

They toured Devil’s Den, Seminary Ridge, and other sites for two hours with Park historian Jacob Sheads. They returned to Camp David via helicopter. 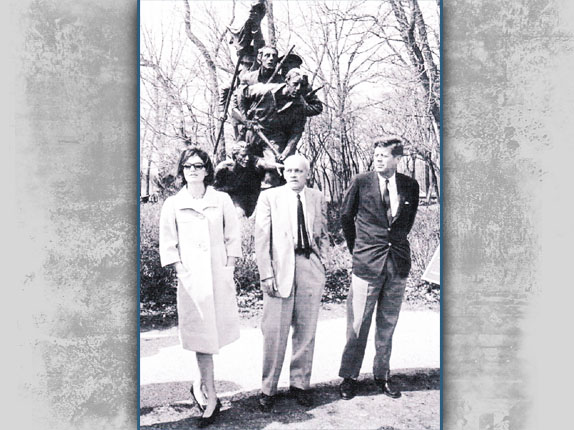 JFK and Jackie with Jacob Sheads in Gettysburg, Pennsylvania