JFK traveled from Palm Beach to Cape Canaveral, Florida on this Saturday morning, where he visited Pad B at Complex 37 and was briefed by Wernher Von Braun on the Saturn rocket booster.

During his time in Cape Canaveral, JFK also viewed a Polaris missile being fired from a submarine. 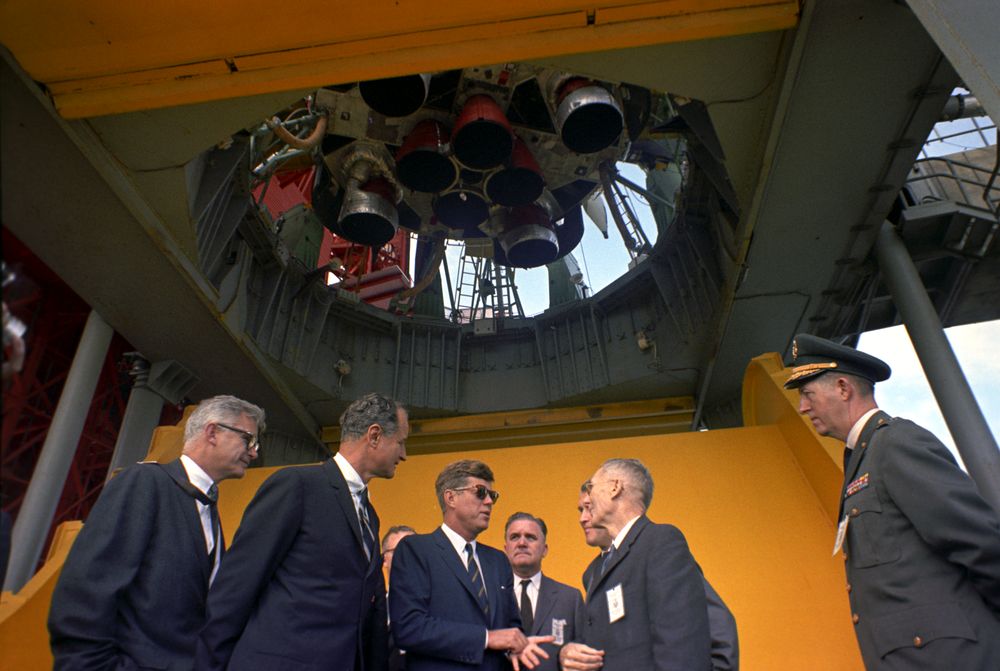 After he returned to Palm Beach, JFK spent the afternoon swimming and watching the Navy-Duke football game on television.

Sitting around with his guests after dinner, Kennedy gave a “better than usual” rendition of September Song.

The President went aboard the USS. Observation Island to watch a Polaris Missille launch from the submarine named Andrew Jackson.

Torbert MacDonald and Dave Powers were Jfk’s guests at Ambassador kennedy’s home in Palm Beach,Florida (1095 North Ocean Blvd) After lunch They were watching Navy vs. Duke with JFK giving them 10 points, And Jfk won 38-25. JFK wanted his winnings Now so Dave and Torbert had to go upstaird to get their wallets.