JFK, who never attended the White House easter egg roll, followed his family tradition of spending a long  Easter weekend in Palm Beach. In the morning he attended Easter mass and spent time with his family. 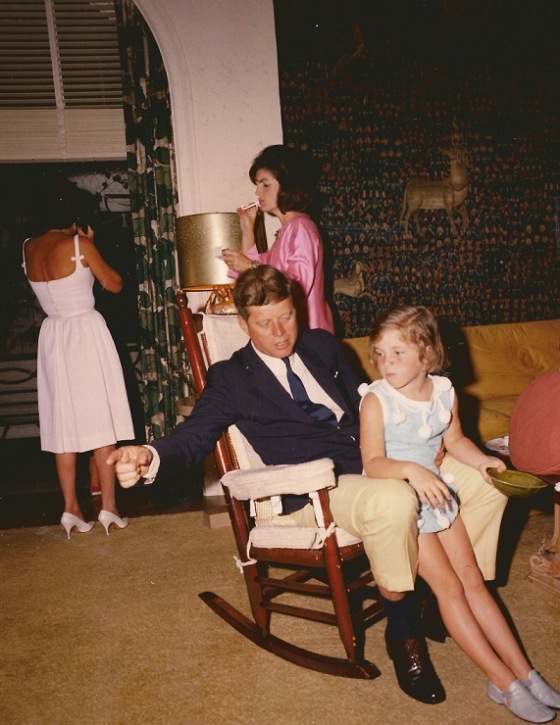 Before mass, the family attended an Easter egg hunt at the home of Jayne Wrightsman, where John Jr. found a golden colored egg that he carried around for the rest of the day. 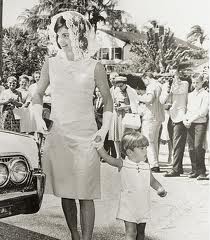 In one of Jackie’s favorite photographs, she is with John Jr. carrying a golden egg from Easter egg hunt – April 14, 1963

Clad in red trousers, JFK spent part of the afternoon on a sail on the Honey Fitz with his family and Red Fay and his family. During the sail, he flagged down a catamaran called the Pattycake  and asked the owners if he could take a spin on it. With Fay by his side, he jumped aboard barefoot, put a cigar in his mouth and took the tiller. 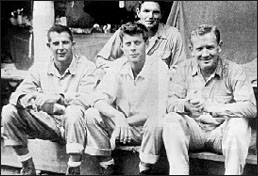