The informal meeting between Kennedy and Macmillan in the drawing room at Birch Grove started early in the morning. The two leaders among other items discussed their plans for a joint Anglo-American agreement on test ban negotiations with the Soviets.

Later in the morning, JFK attended Mass. Back at Macmillan’s home, Kennedy presented Dorothy Macmillan with a gold dressing room set and received in return a pair of china blue jays. 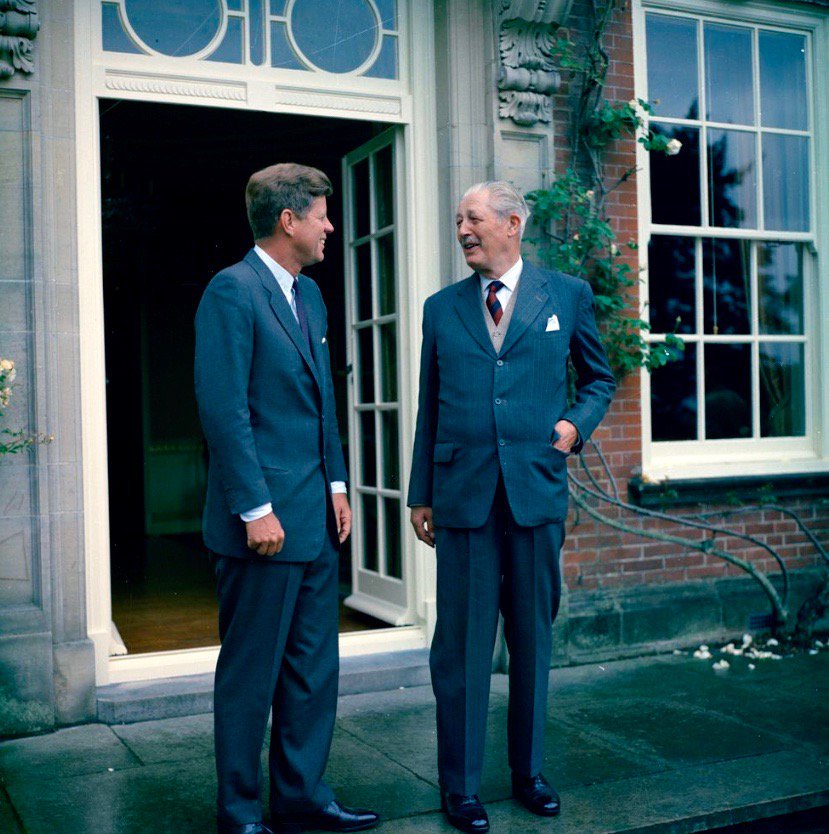