JFK and Jackie hosted Ben and Tony Bradlee at their new home in Atoka, Virginia, dubbed Wexford by Jackie in honor of the Kennedy ancestral origins. The couples sat out on the terrace and had drinks on the clear, chilly day. 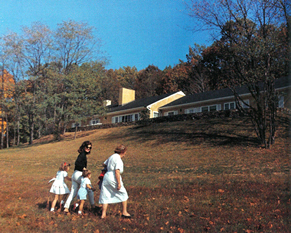 During their visit, Kennedy reportedly expressed concern about his upcoming Texas trip in ten days, largely because of the ongoing political feud between the more liberal Senator Ralph Yarborough and the more conservative Governor John Connally.

JFK complained to Bradlee that fellow Texan Lyndon Johnson, himself a conservative more aligned with Connally, was proving “a less viable mediator than he had once been.”

He also worried that “the mood of the city was ugly” after Adlai Stevenson’s tense and unfriendly reception in Dallas several weeks earlier.

Pat, whose estrangement from Peter Lawford had reached and been published by the press, apparently drank too much that afternoon. Jackie spent most of the day and late into the evening talking with her.