JFK attended a National Security Council meeting. Part of the discussion centered on Vietnam and the views of the country held by Foreign Service Officer Joseph Mendenhall and Marine Major General Victor Krulak whom JFK had sent on a recent fact finding mission. 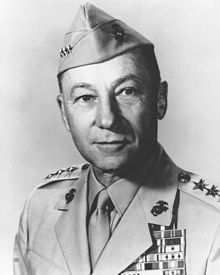 When the advisors presented widely differing observations, Kennedy is said to have remarked “You two did visit the same country, didn’t you?”