JFK and Jackie were in Hyannis Port, Massachusetts to celebrate the birthday of Joe, Sr. The photo shown below was taken in the sunroom of the Kennedy house.

Very noticeable in this photograph is JFK’s curious habit of wearing his trousers cut short in length. Compare these to the orange slacks worn by Steve Smith or the light blue slacks worn by Ted Kennedy. 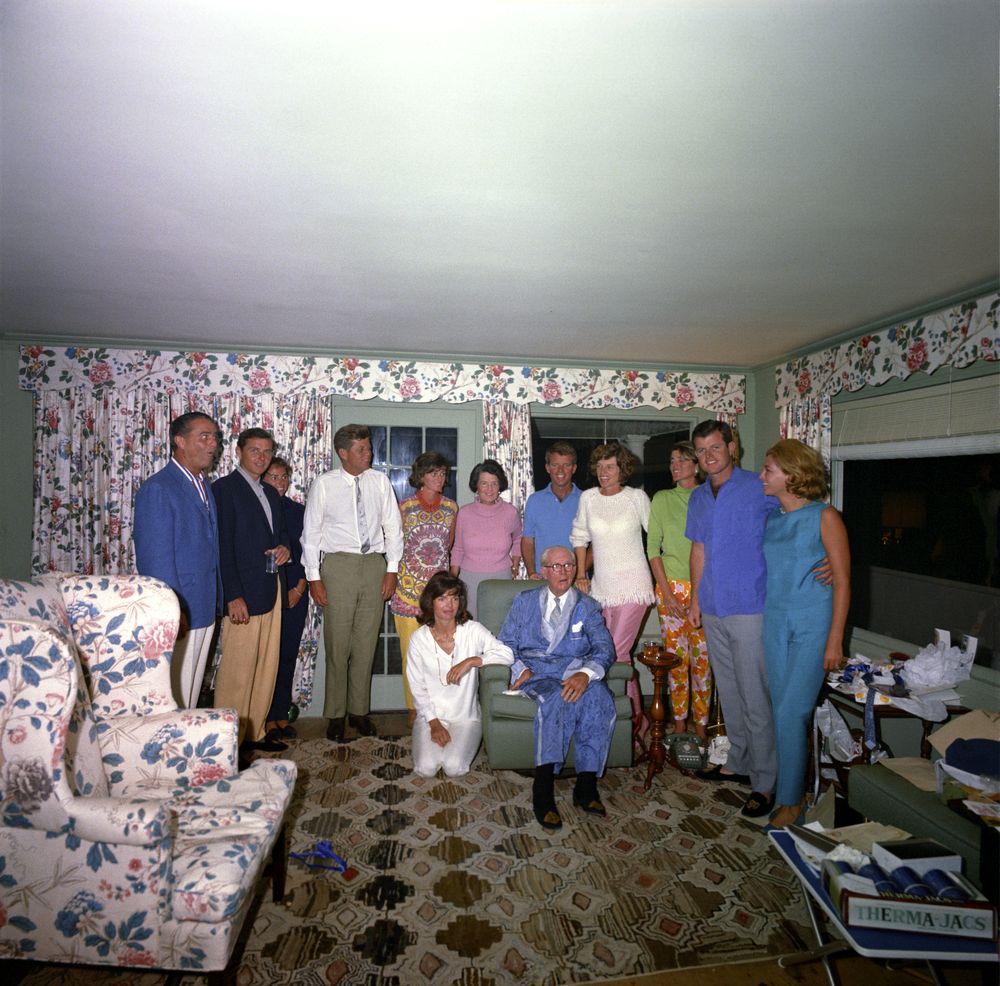