JFK and Jackie hosted their sixth and last dinner dance at the White House. In typical Kennedy fashion, the mood of the 94 guests was light-hearteded and somewhat boozy, although Kennedy reported afterwards that only 33 bottles of champagne and 6 bottles of hard liquor were consumed.

The honoree for the dance was World Bank Director Eugene Black, who apparently insisted that a large number of his friends be invited, thus causing the Kennedys to “uninvite” social regulars such as Bill Walton, Ben and Toni Bradlee, Arkady Gerney, and Jack’s paramour Mary Meyer.

Dinner was served in the Blue Room to accompaniment of twelve violinists playing Viennese and Hungarian music.

Dancing began at 10 PM in the Blue Room, which was lit only by a few candles around the periphery. The mood was decidedly giddy and their were jumping into the pool and onto the Lincoln bed type highjinks.

Kennedy was also in a light-hearted mood. When  the Earl of Arran accosted JFK about the Skybolt imbroglio, JFK summoned McNamara in feigned fright. The United States Defense Secretary, followed by JFK then bomabarded the English Lord with facts and figures “like a Greek chorus.”

As he often did at parties, the always randy JFK snuck upstairs with his girlfriend Mary Meyer for about 30 minutes. But, perhaps this was not just another tryst for the lovers as afterwards, Meyer seemed unhappy.  Clad only in a thin dress, she went out to walk in the snow, before being put into a White House limousine and driven home at the behest of Bobby Kennedy.

Whatever happened during the encounter upstairs it did  not seem to upset JFK. He was later reported to have said to Ben Bradlee as he looked over the female partygoers, “If only you and I could run wild, Bengy.” 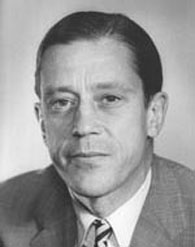 Meanwhile, as Jack was eyeing possible prizes, Jackie flirted shamelessly with her dinner partner Adlai Stevenson, telling him that she and her sister Lee had “always talked about divorce as practically something to look forward to.”

She went on to say that she had first loved him when they had met in Illinois in 1954 and most tellingly, “I don’t care how many girls [JFK sleeps with] as long as I know he knows that it’s wrong and I think he does now. Anyway, that’s all over, for the present.”