JFK was in the Cabinet Room when he taped remarks in support of Texas Senator Ralph Yarborough.  Kennedy, who was ever mindful of cultivating southern Democratic support, spoke in a clear, strong voice for about three minutes.

In support of the endorsement, Kennedy mentioned in particular Yarborough’s efforts to get federal relief for the Texas Gulf region damaged by Hurricane Carla and his efforts to get Padre Island declared a National Seashore. 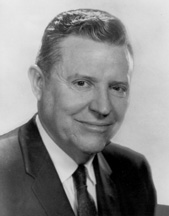