On October 19, 1960, JFK along with Jackie campaigned in New York City in the final run-up to the election. He arrived at LaGuardia airport’s Marine Terminal at 2:15 AM from a flight from Florida.

Kennedy received a ticker tape parade that day that started at Bowling Green at noon and traveled to City Hall for an address. Afterwards he had lunch at the Cafe Francais in Rockefeller Center and then went to Yonkers for a rally in Larkin Park scheduled for 2:45 PM. 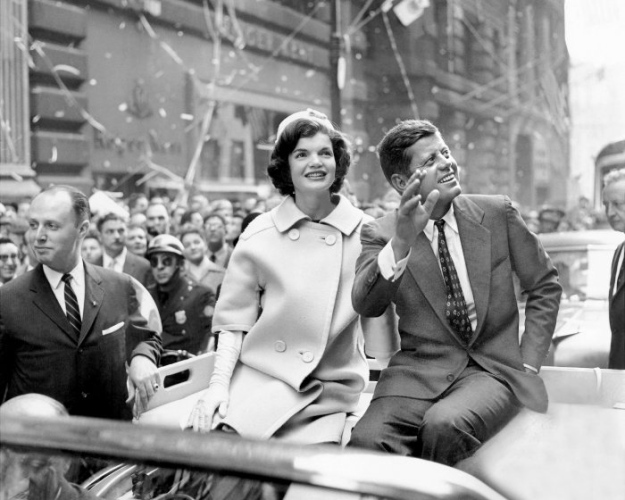 Richard Nixon was also campaigning in the city that day. The Nixon forces had planned to try to spoil JFK’s noon day ticker tape parade by hiring a helicopter to drop leaflets onto the parade route, but were blocked by police authorities who cited a law banning distribution of printed material from the skies.

Instead, always the adversary, Nixon hired 150 costumed girls to mingle among the crowd on the parade route handing out leaflets.