Deep into the Cuban Missile crisis, JFK and his aides decided to keep with his planned campaign schedule through the Midwest in behalf of Democratic candidates running in the mid-term elections.

JFK arrived in Springfield, Illinois from Washington, D.C. where he greeted enthusiastic crowds at Capital Airport

JFK at Capital Airport in Springfield, Illinois on October 19, 1962

Giving no hint of the mounting national security crisis in Washington, a relaxed and smiling JFK then rode on the back seat ledge of an open car to the Coliseum on the state fair grounds to give an address in support of Congressman and Senate candidate Sidney Yates (who lost the election). Also riding in the limo was Illinois Governor Otto Kerner. 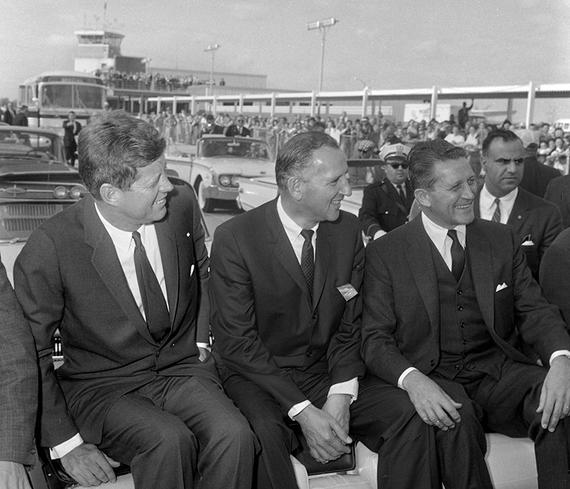