JFK met with Soviet Foreign Minister Andrei Gromyko and Soviet Ambassador to the United States Anatoly Dobrynin for two hours in the Oval Office about the Soviet placement of missiles in Cuba. Gromyko repeatedly asserted that the missiles were for “defensive” purposes only and posed no threat to the United States. 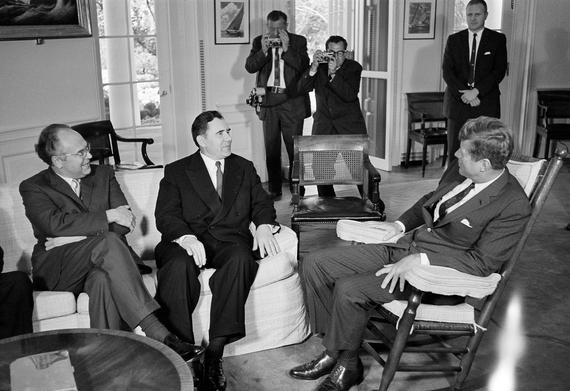 For much of his Presidency and the days during the Cuban Missile crisis, JFK and his brother Robert bypassed the normal diplomatic channels when dealing with the Soviet leaders, instead relying on a Soviet journalist to pass