JFK appeared at a news conference where he discussed the mushrooming situation in Cuba.

There has been a great deal of talk on the situation in Cuba in recent days both in the Communist camp and in our own, and I would like to take this opportunity to set the matter in perspective.

In the first place, it is Mr. Castro and his supporters who are in trouble. In the last year, his regime has been increasingly isolated from this hemisphere. His name no longer inspires the same fear or following in other Latin-American countries. He has been condemned by the OAS, excluded from the Inter-American Defense Board and kept out of the Free Trade Association. By his own monumental economic mismanagement, supplemented by our refusal to trade with him, his economy has crumbled, and his pledges for economic progress have been discarded, along with is pledges for political freedom. His industries are stagnating; his harvests are declining; his own followers are beginning to see that their revolution has been betrayed 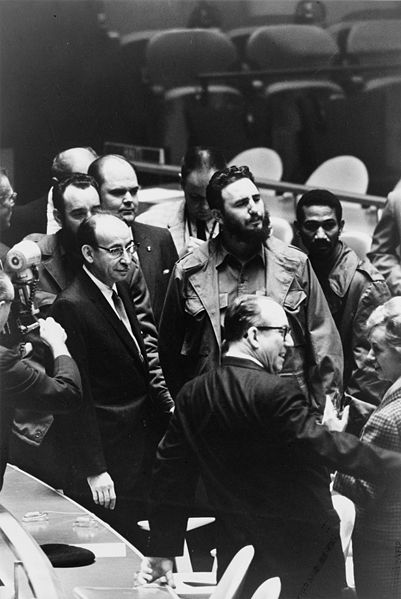 So, it is not surprising that in a frantic effort to bolster his regime he should try to arouse the Cuban people by charges of an imminent American invasion, and commit himself still further to a Soviet takeover in the hope of preventing his own collapse.