JFK watched on television in his secretary Evelyn Lincoln’s office the liftoff and splashdown of John Glenn on the first US orbital space flight. Also standing with Kennedy and crowding around the set were his brother Robert, Vice-President Lyndon Johnson, and military officials.

Als that day, JFK met with Minnesota Lt. Governor Karl F. Rolvaag and Minnesota Senator Hubert Humphrey at around 10:40 am in the Oval Office. 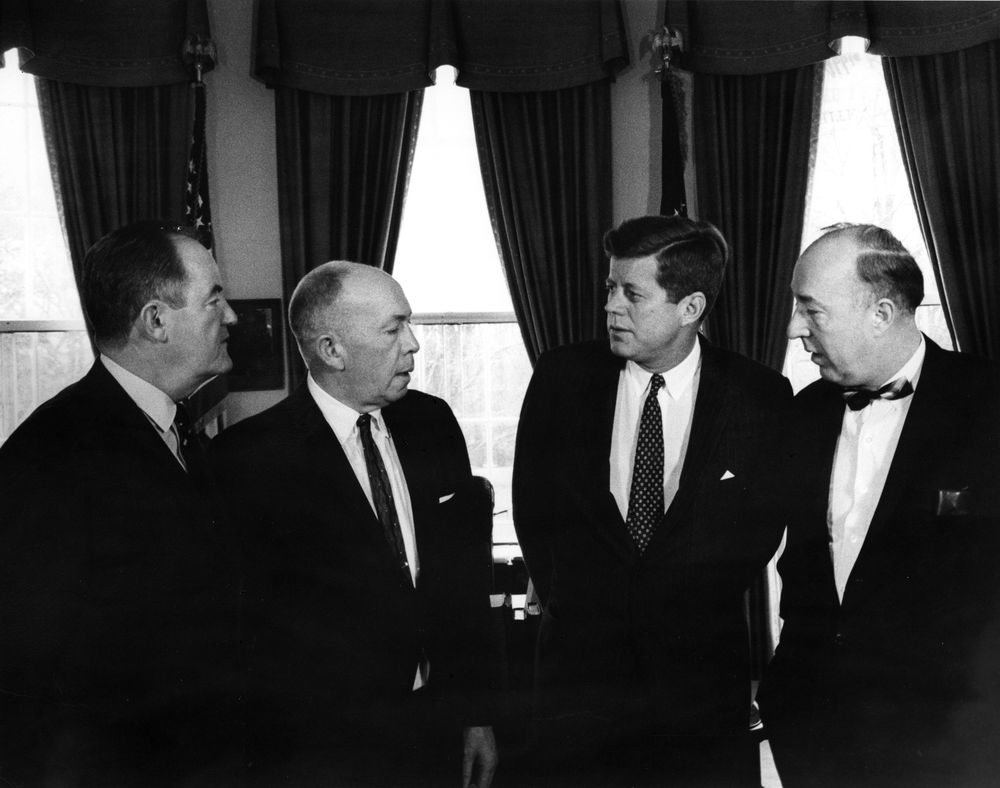