JFK is in Buffalo, New York to ride in the annual Pulaski Day parade. He is greeted by an excited and exhilarated crowd of 200,000 people along the parade route down Broadway to Niagara Square, where he gave a speech from the rear of the City Hall building to another crowd estimated to be at 100,000 people. 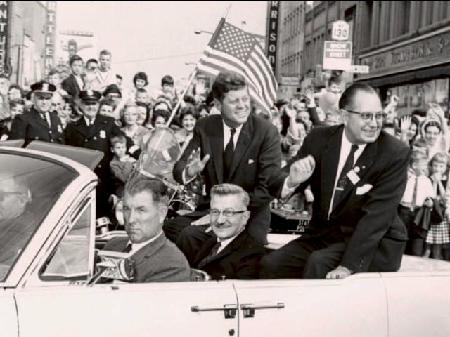 Before Kennedy spoke, a series of local and state officials made remarks, including the Mayor of Buffalo Chester Kowal (who presented JFK with a key to the city) and Robert Morgenthau, who was running for Governor of New York in the 1962 elections.

Also presented to Kennedy by 6 year-old Noelle Kuevich from St. Stanislaus parish was a doll brought from the Institution for the Blind in Cracow, Poland which was to be a gift for Caroline Kennedy.

During his ten minute remarks, Kennedy (who was described by one commentator as looking well-rested) showed no strain from the enormously grave geopolitical situation that was developing that would later be known as the Cuban missile crisis. He spoke of the current Soviet domination of Poland and the yearning of the Polish people for freedom, using these words,

Strangely, while the speech was vigorous in its praise for Poland and Polish-American history and relations, the crowd only twice gave a tepid applause. 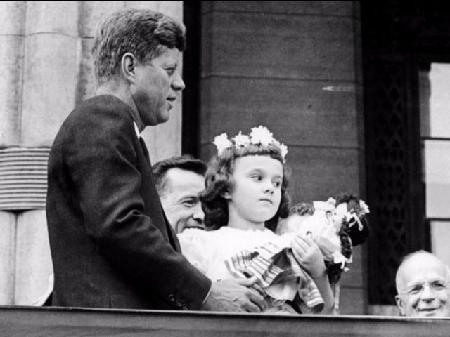 JFK being presented with a doll as a gift for his daughter Caroline in Buffalo – October 14, 1962 (photo courtesy forgottenbuffalo.com)