JFK made a national television address outlining his rational for asking Congress to enact a tax cut via a formal request to be placed in January, 1963. 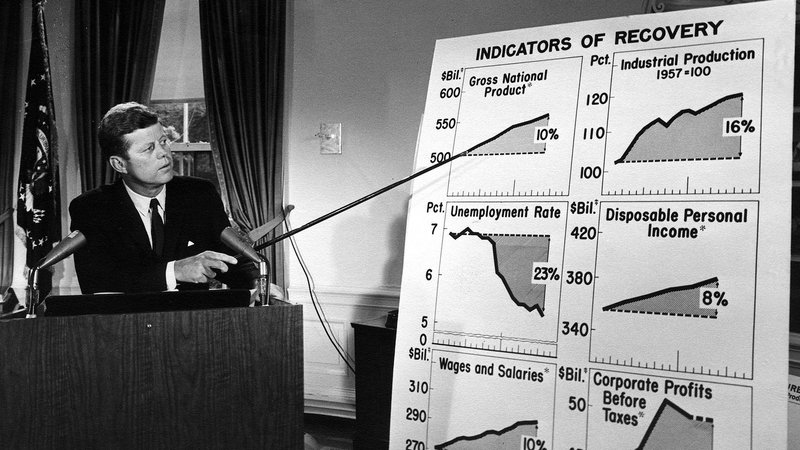 He was acting partly at the advice from his staff that using tax policy would be “taking out advanced insurance against a “Kennedy recession” and would give Democratic candidates in the midterm elections a more attractive message.