JFK began the day in the White House. At around 12:35 PM, after a morning of appointments, wearing a dark blue suit and brown shoes and carrying a fedora which he almost never actually wore, he left the grounds on an Army helicopter. 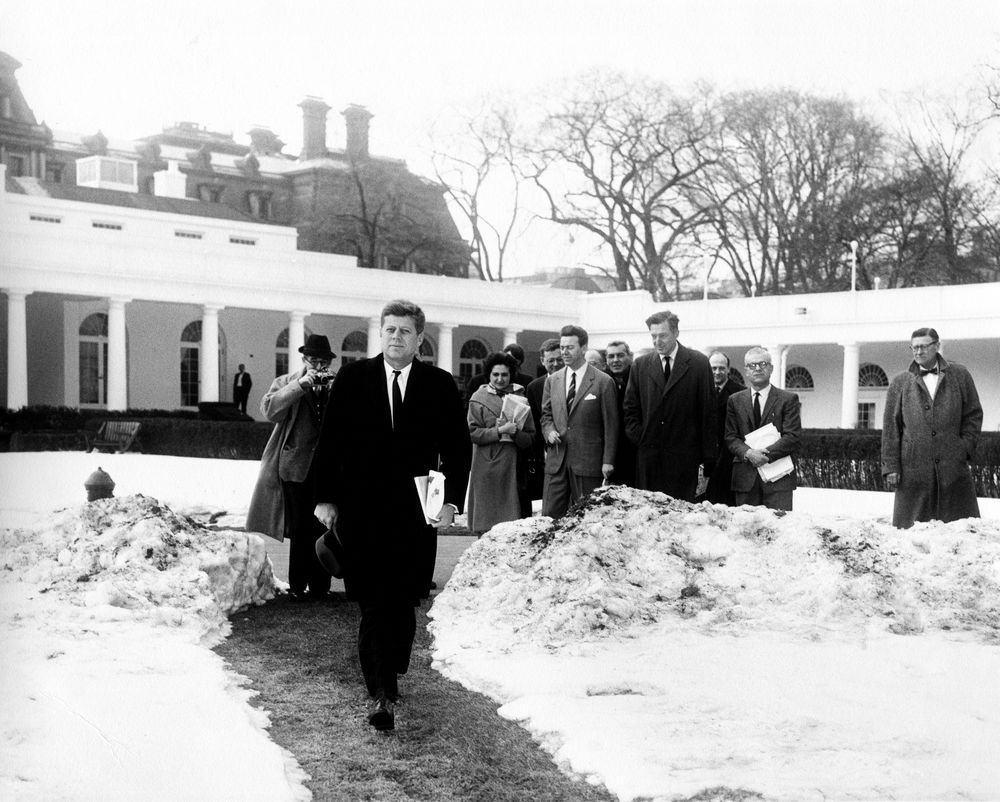 JFK was accompanied by press secretary Pierre Salinger and upon entering the helicopter, took his customary position on the right most passenger seat, next to the door. Of interest is the fact that JFK (a notoriously bad driver who liked convertibles and never wore a seat belt) is seen buckling himself into his seat. 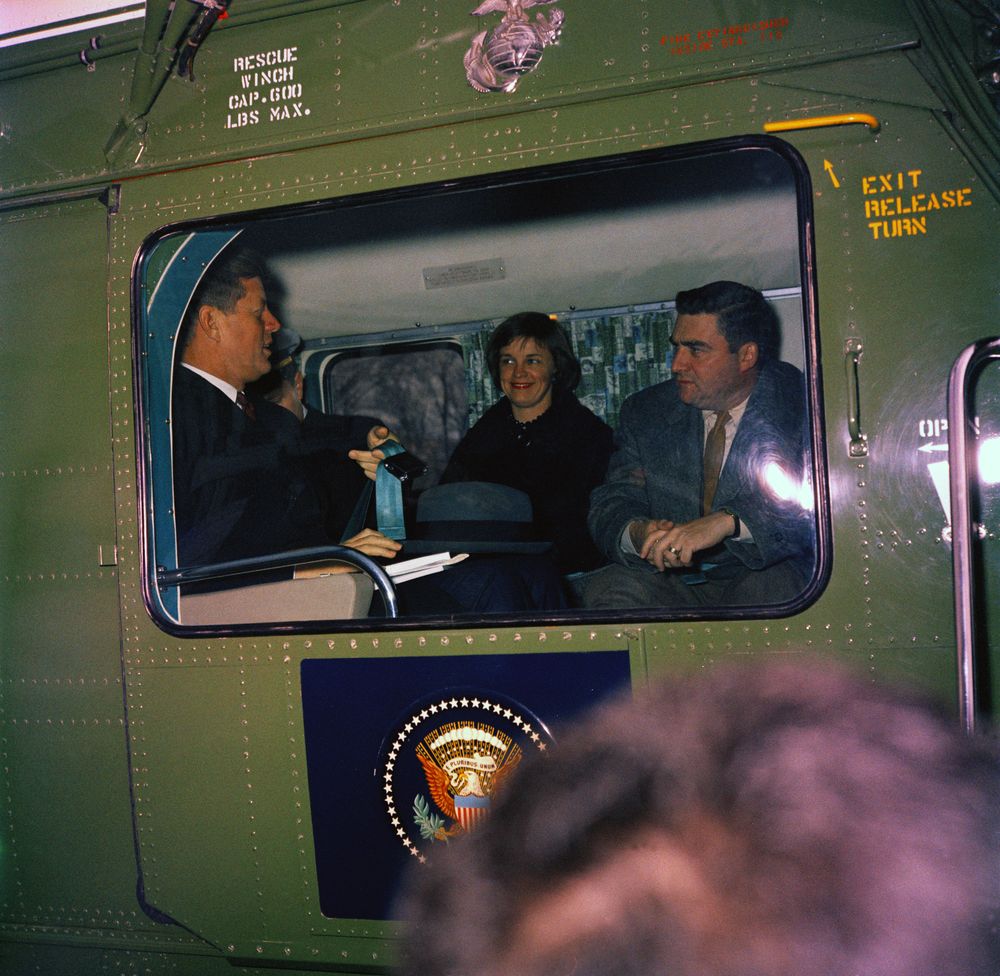