Just before noon, JFK traveled from the Oval Office to Andrews Air Force base to greet two American pilots who had been released from the Soviet Union upon their return.

Of interest in the photo below is that it can be clearly seen that Kennedy had the pant legs on his suit tailored to a more “military” length as can be seen by comparing the officer’s uniforms, JFK’s suit pants, and the suits of the civilians around JFK. 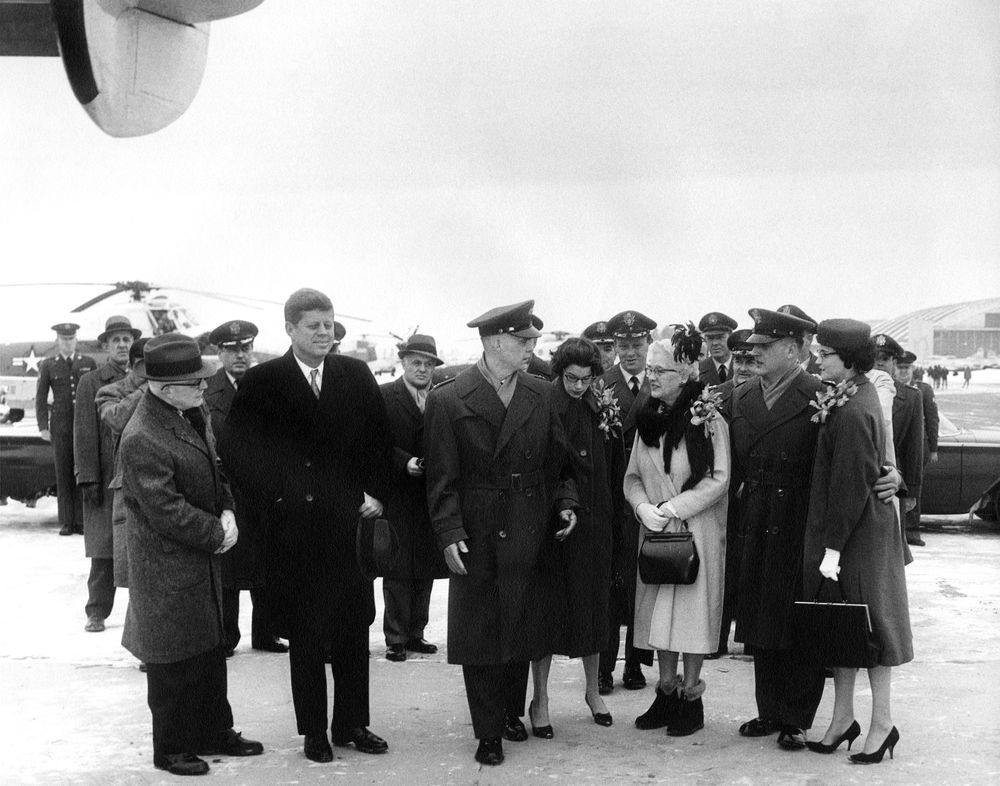 JFK and pilots and families at Andrews Air Force base – January 27, 1961