JFK was in Washington, D.C. where he signed into law bill S. 900 which commemorated the 250th anniversary of the founding of the city of Mobile, Alabama. Pictured in the photo below (L-R) are administrative assistant Alphonse Lucas, Alabama Senator John Sparkman, President Kennedy, Senator List Hill, and Representative Frank Boykin of Alabama. 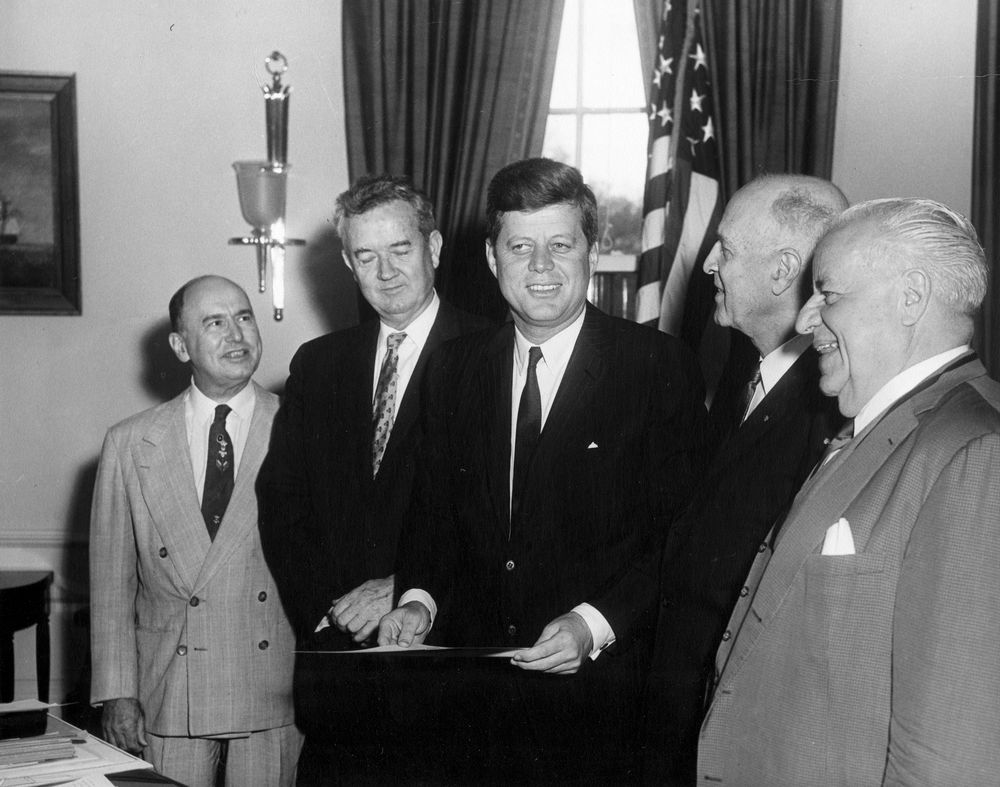