JFK hosted a luncheon for Prince Rainier and the Philadelphia born and raised Princess Grace of Monaco. The athletic physique, broad shoulders, and muscular arms of the First Lady are highlighted by the sleeveless syle of dress that she often wore. 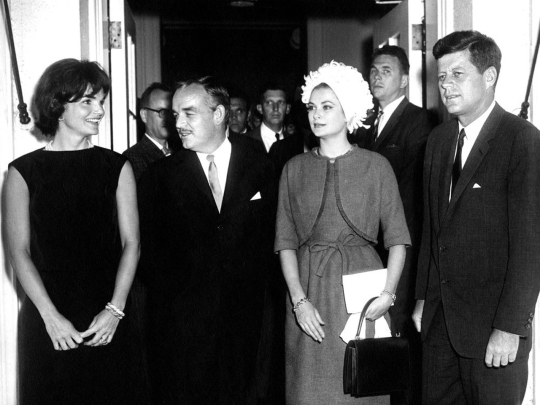 Kennedy counted Hansen as a political ally, writing in a letter to her in 1962,

I want to take this opportunity to thank you for your substantial contribution toward the formulation of the program to combat the problems of the lumber industry and to improve its competitive position. In addition, you have been one of the most dependable supporters of our programs for national and international progress, and we shall need your assistance in the 88th Congress. With warm personal regards, John Kennedy.