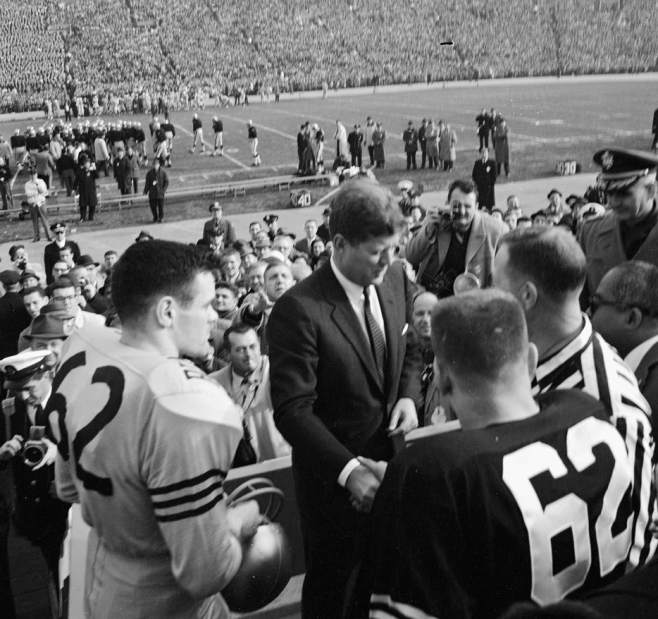 Included in the official program is an open letter from Kennedy lauding the cadets and midshipman to the American public;

….[their] skill and perfection with which the players of both teams perform, all of which bring to the Officer Corps of our Armed Forces lasting benefit in terms of leadership….[O]ur nation is stronger, and the cause of freedom in the world is safer from encroachment.