JFK was in the White House, where he awarded the Distinguished Service Cross to Air Force Chief of Staff General Thomas D. White. In the photo below standing to Kennedy’s right is Secretary of the Air Force Eugene M. Zuckert. 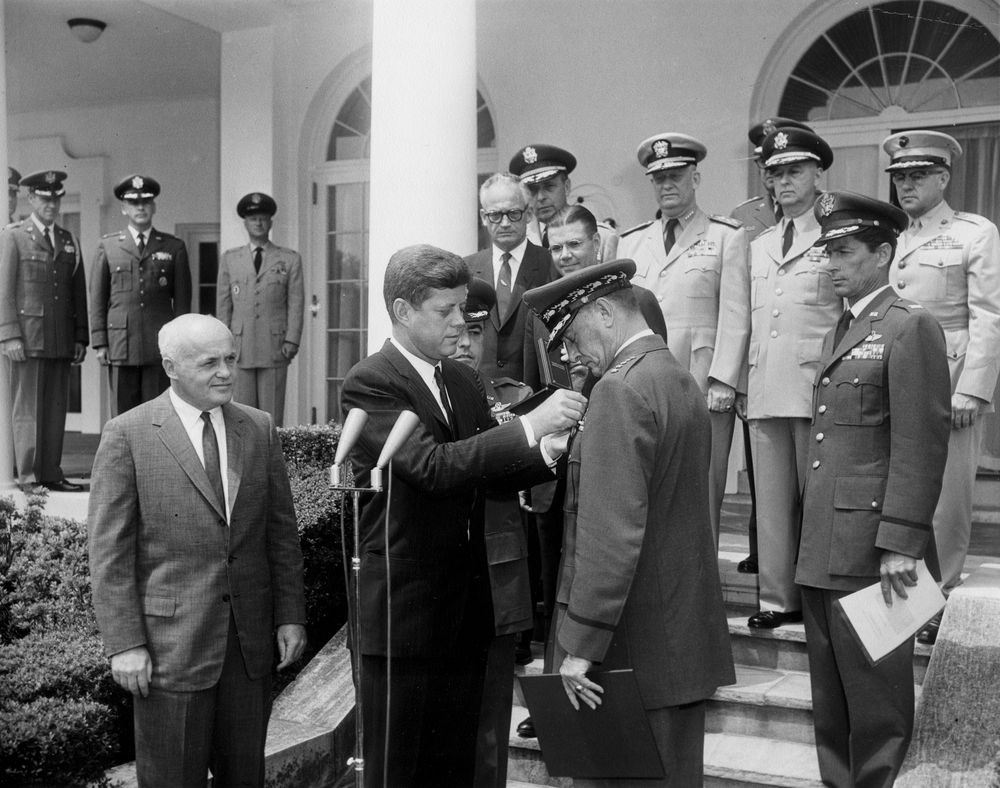 JFK also issued National Security Action Memorandum (NSAM) No. 55. This document, which was signed by JFK, was addressed to the Chairman of the Joint Chiefs of Staff, notably bypassing the officers of the Central Intelligence Agency and the Department of State.

After the Bay of Pigs, Kennedy harbored deep reservations about the CIA. The memo contained four directives and expectations, essentially replacing the CIA as his peacetime military advisors,

I regard the Joint Chiefs of Staff as my principal military advisor responsible for both initiating advice to me and for responding to requests for advice. I expect their advice to come to me direct and unfiltered.