President Kennedy was focused on the containment of political damage from the failed Bay of Pigs fiasco. The President was scheduled to address the American Society of Newspaper Editors at the Statler Hilton that day.  The speech for the event had been written days before by Ted Sorensen, but Kennedy the day before decided to attack the miscue head on and had asked for remarks to be prepared addressing Cuba.

In the morning, Kennedy met with for breakfast in the small dining room on the 2nd floor of the White house with Schlesinger, Bundy, Bohlen and Sorensen who worked through the night writing a new speech. After discussing the speech, the group went about the business of counterbriefing while JFK went to his scheduled press conference at the State Department. 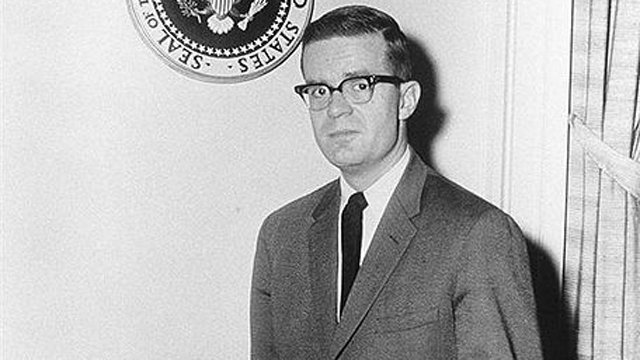 Here Kennedy argued that a unilateral military invasion with US troops would have international norms, but he warned,

“… let the record show that our restraint is not inexhaustible. Should it ever appear that the inter-American doctrine of non-interference merely conceals or excuses a policy of non-action – if the nations of this Hemisphere should fail to meet their commitments against outside Communist penetration – then I want it clearly understood that this Government will not hesitate in meeting its primary obligations which are to the security of our Nation!”

He concluded with the somewhat cryptic vow,

“We intend to reexamine and reorient our forces of all kinds – our tactics and our institutions here in this community.”