JFK, who courted the press throughout his political career, was in the White House where he met with seven newspaper editors in the Oval Office to discuss press coverage of the recent Bay of Pigs invasion. 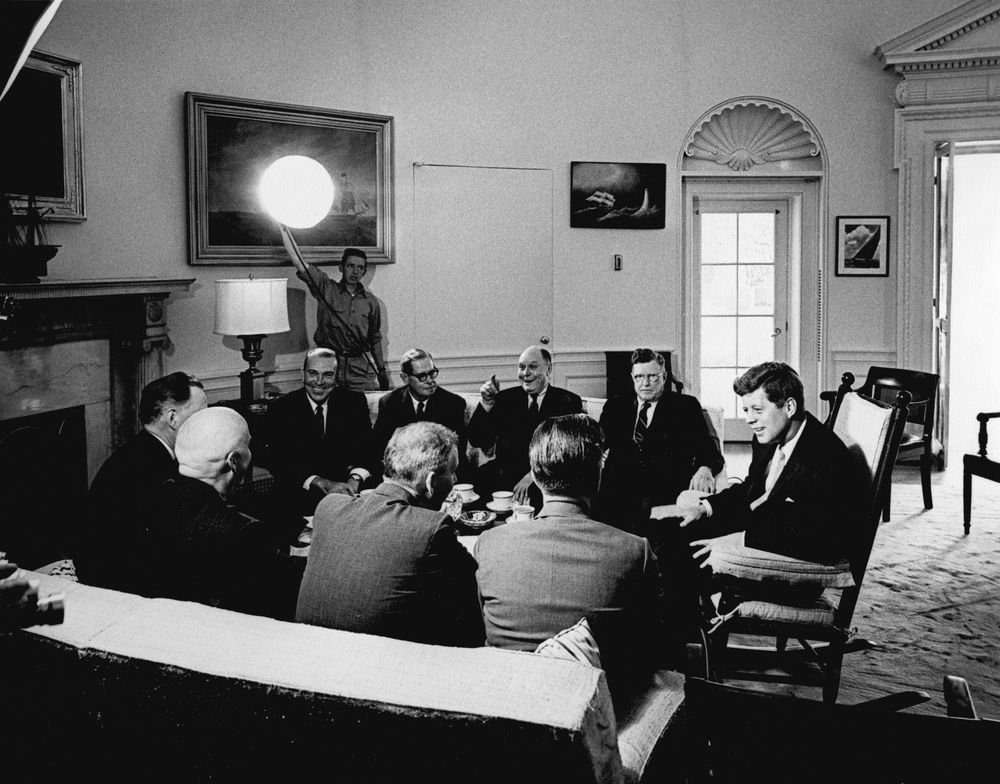 One of those in attendence at the meeting is Mark Ferree, the President of the American Newspaper Publishers Association, who can be seen smiling and pointing his finger in the air.

The meeting was called to continue the discussion about news leaks before the Bay of Pigs invasion and Kennedy’s wish to have a more tightly controlled press.

By Kennedy press secretary Pierre Salinger, the meeting was a failure, as the newspaper men flatly refused to consider any measure of self-censure