For instance, in response to a question about whether he wished he looked older (by all accounts, Kennedy was obsessed with looking young and vital) JFK dissembled somewhat, saying “I’ve gotten along reasonably well.”

Cronkhite then mentioned that over the last 6 or 7 years Kennedy had styled his hair without the bushy forelock he had sported previously. JFK then complained, saying that when you run for president the public gets too caught up in appearances – this from a man who was intensely interested in his appearance and went great lengths to manipulate it. 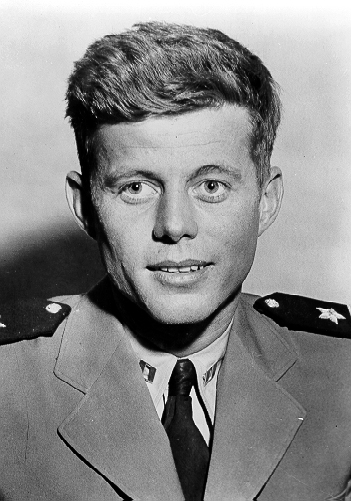 Asked if he found campaigning and meeting people one-on-one difficult he said no (Kennedy hated shaking hands). Asked if he would consider naming a family member to the Cabinet he said, “I think it would be unwise.”

But, when the conversation turned to his dead brother Joe, Jr. he lapsed into a reverential tone about his brother’s accomplishments and successes and admitted that he never would have run for office if he had lived.

And when the conversation turned to his family, JFK said,

Well, I grew up in a very strict house, and one where there was no – there were no free riders, and everyone was expected to do, give their best to what they did. And I think that that spirit has been built into all my brothers and sisters. I hope we do well, but I think the idea of making – putting your best effort into whatever you do has been pretty deeply ingrained. And I think, I hope that – I think my brothers and sisters are trying to do the same in their families. There is no sense in trying to do anything unless you give it your maximum effort. You may not succeed, but at least the effort and dedication and interest should be there.