JFK got an early start from his Harrisburg hotel. A 15 car motorcade carrying aides and press traveled headed east to Lebanon. Throughout the day, JFK would switch between an open convertible in towns and a closed sedan in rural areas where crowds were spare. In Lebanon he spoke to 5,000, where he told the crowd, “Here in Pennsylvania this election may well be decided.” 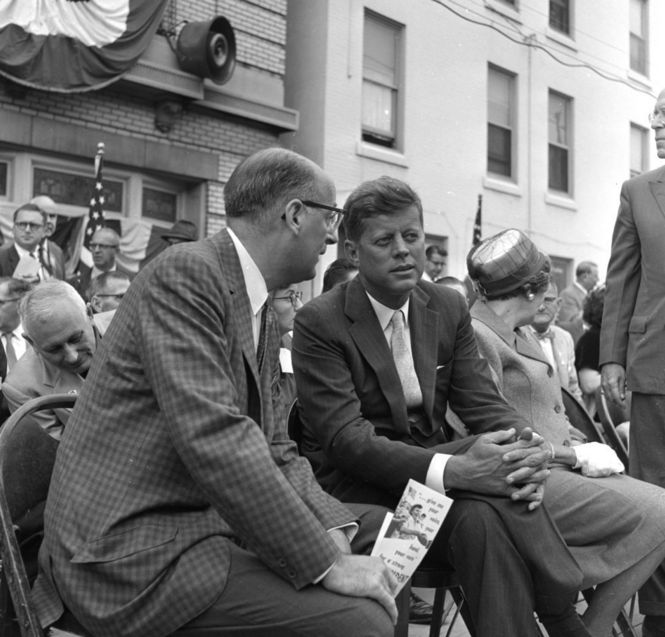 His next stop was in Penn Square in Reading, where he spoke to 20,000 listeners. While moving through the crowd, an enthusiast reached out and ripped his shirt cuff. On the way to his next stop, JFK stopped at C. J Mervines gas station to change into a fresh shirt and take a few momemnts respite.

Kennedy was greeted by 7500 in Penn Square in Lancaster and then headed west to York county. On the way, the crowds lining the route in the river town of Columbia were so enthusiastic, JFK had the motorcade stopped and gave some impromptu remarks while standing in his convertible.

On the outskirts of York city, JFK had lunch at the Lincoln Woods Inn (now a Fat Daddys restaurant). He told the proprietor, who had built the Inn from the shell of an old stable, “If everybody did his job as well as you did, this country would be in lots better shape. 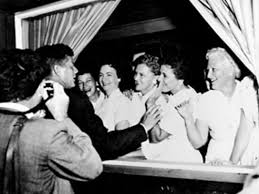 After lunch, Kennedy headed for the York County Fairgrounds to attend the annual county fair