JFK attended the Montana State Democratic convention held at the Marlow theatre in Helena. He stayed at the Placer hotel and was escorted by local official Walter Marshall, who is shown below with his hand grasping Kennedy’s arm.

JFK’s talk at the Convention banquet in mining stronghold Montana was entitled Natural Resource Conservation and Development and ran on for seven typed pages. 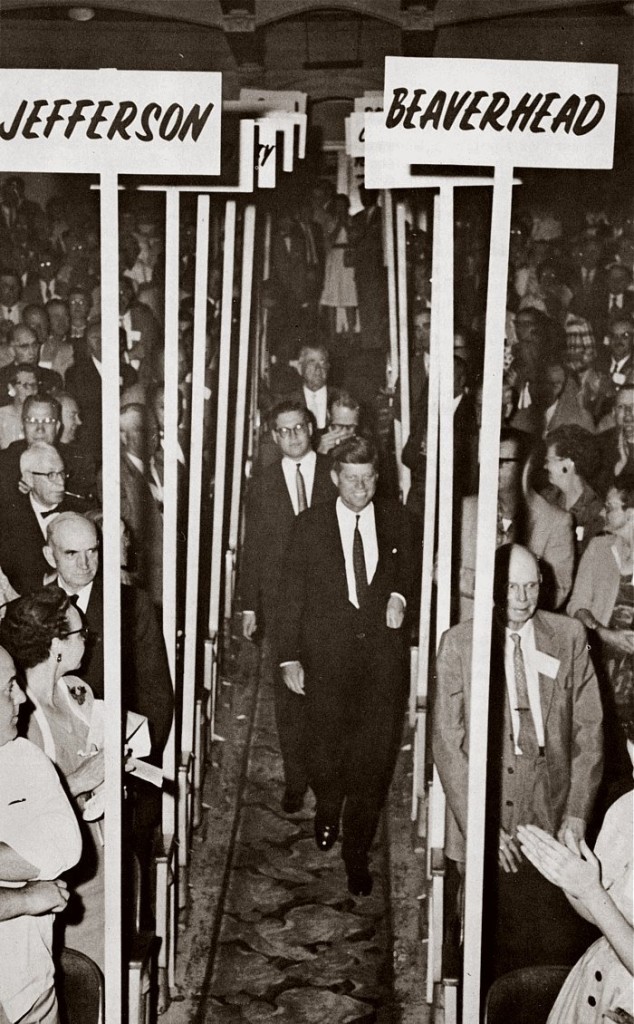