JFK and Jackie were in Nashua, New Hampshire at the start of the run for the Presidency. It was a wintry day and in a different era of primary campaigning, JFK drew no attention from the press as he walked alone along the streets, shaking hands.

As he walked along Main Street, he entered several stores, introducing himself and shaking hands. One of the store owners, noting that he did not have winter shoe ware on a slushy day, gave him a pair of galoshes to wear. 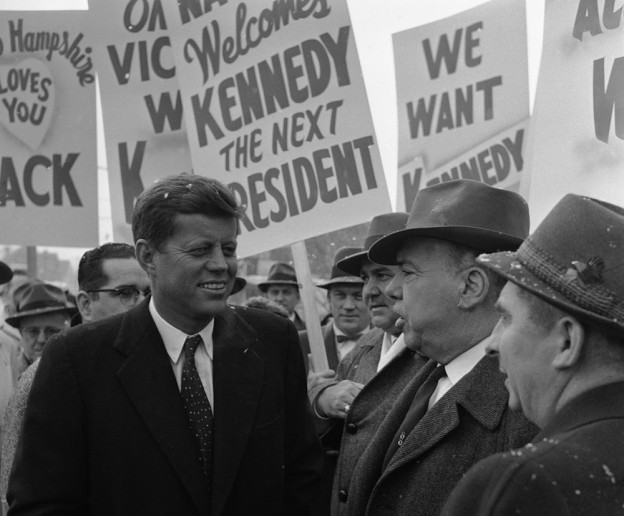 When he reached the downtown landmark of Miller’s Department store, he met up with Jackie, and uncharacteristically for Kennedy who was not openly affectionate except with his children, he put his arm around her and then continued on with his  handshaking walking arm-in-arm with his wife.

JFK held a rally in the Nashua City Hall Plaza, had a photograph session with City Hall employees, and gave an address at the local Rotary Club.