After traveling from Philadelphia, Pennsylvania, where he campaigned the day before, JFK started another long day of campaigning at a rally with 20,000 workers at the Douglas plant in Long Beach, California.

He spoke for 6  minutes, first endorsing local candidate Pat Ahern. He then responded to Republican television ads claiming that if he was elected President he would move defense contracting to Massachusetts, saying that was “stupid.” After his remarks, the crowd pressed forward so eagerly that the wooden table and chairs were splintered.

The helicopter carrying Kennedy from Long Beach to Los Angeles was forced down by a bank of fog in a field near the corner of Tremaine Avenue and Wilshire Boulevard. To the astonishment of bystanders, JFK calmly exited the craft and flagged down a passing taxicab to take him to the Beverly Hilton Wilshire hotel.

After resting, JFK rode in a noontime ticker tape parade in an open convertible down Broadway. Along the motorcade route, a police motorcycle ridden by Harold E. Riker caught fire when a bystander threw a lighted match at it.

Concerned that the confetti in Kennedy’s car could ignite from the flames, the motorcade was stopped and JFK was changed to a different vehicle. The crowd was estimated by authorities to be between 150,000 and 500,000 people.

During the afternoon, Kennedy made campaign appearances at a shopping center in Redondo Beach, the garment district, and what was described in contemporary accounts as the “negro district.”

In the evening, JFK was introduced by Adlai Stevenson to an overflow crowd at a football stadium in East LosAngeles, were he said,

It is time we were respected once again throughout the world. 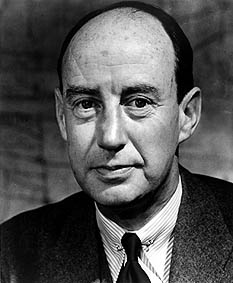