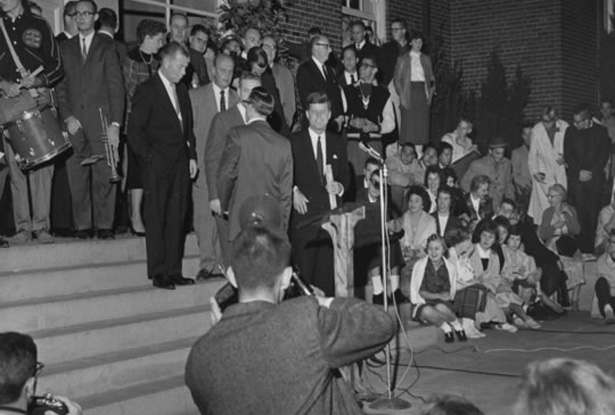 He was on a “unofficial” campaign swing through Ohio and on September 18, 1959,  spoke to the Ohio University campus community from the steps of one of the campus buildings. One sentence of his speech echoed his famous words spoken during his Inauguration speech.

“With a good conscience our only sure reward, with history the final judge of our deeds, let us go forth to lead the land we love…”