On June 1, 1958, JFK was in Massachusetts where he spent a full day doing appointments and appearances. At 7:45 am he was picked up at his family’s home in Hyannis by his long-time valet George Pomantier and was driven to Boston where he attended a 9:10 AM mass at the Upper Church of the Immaculate Conception at 761 Harrison Avenue in Boston. Afterwards he met with Father Gildea in the rectory and then spoke at the Catholic Sodality meeting.

He then motored across the city to his apartment across from the State Capitol building on Beacon Hill where he had a noon and 12:15 PM meeting set up with a Ruth Batson and William Bell, respectively.

Afterwards he walked the several blocks from “the apartment” to the Tenth Anniversary State of Israel Celebration at the Chelsea Hebrew Auditorium and took part in the parade at the corner of 4th and Walnut Streets. 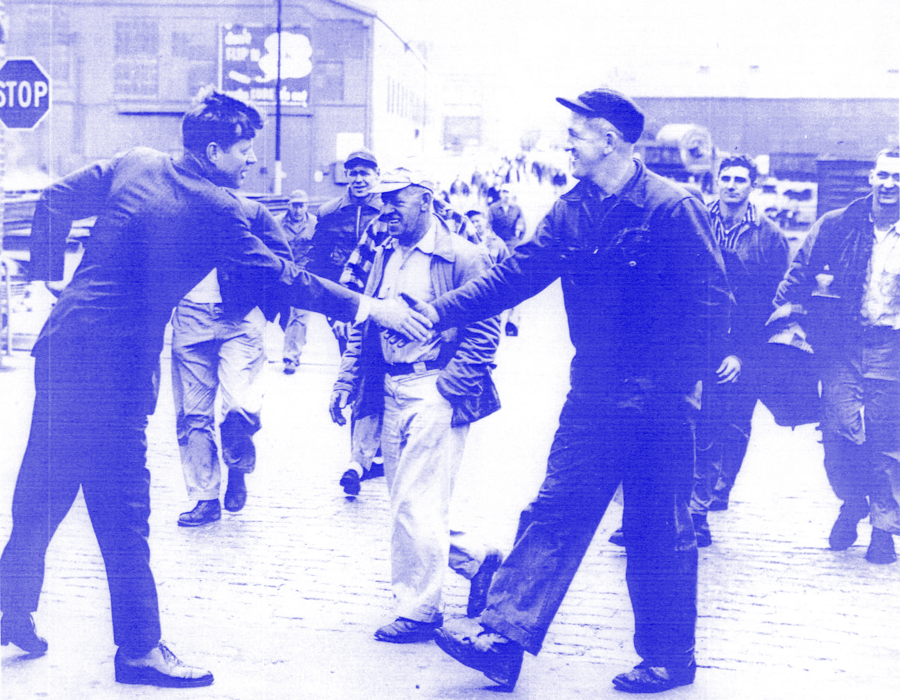 By 2:15 PM, he was back up Beacon Hill at the apartment for a meeting with Harold Vaughn and Belford Lawson. Continuing his hectic day, he attended a reception in his honor at the Professional and Business Men’s Club at 543 Massachusetts Avenue, Boston.

Like the good retail politician he was, he posed for pictures with the crowd, including with Muriel and Otto Snowden.

At the end of an exhausting day, he flew out of Logan Airport back to Washington, D.C. on the 5:30 PM American Airlines Flight 375.