JFK and Jackie are married in Newport, Rhode Island. It was considered the social event of the season and was attended by 1200 guests, but not by Jackie’s father Jack Bouvier, who was too drunk to walk his daughter down the aisle. 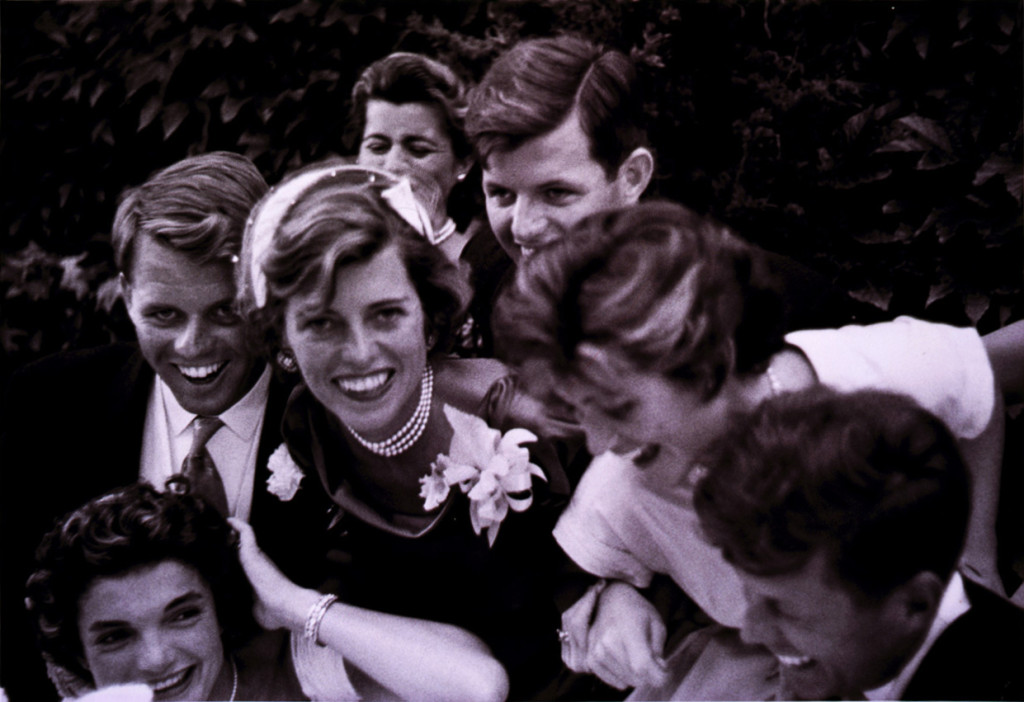 JFK and Jackie at their reception with Kennedy siblings – September 12, 1953

The ceremony was held at St. Mary’s Roman Catholic Church and Jackie was walked down the aisle by her stepfather Hugh D. Auchincloss.

The bride’s dress was ivory tissue silk with a portrait neckline and fitted bodice and bouffant skirt. The veil was rosepoint lace first worn by Jackie’s grandmother Lee. Jewelry accessories included a diamond bracelet that was a gift from the groom and a pearl choker.

The bride’s bouquet was pink and white spray orchids and gardenias.

The reception was held at the Auchincloss oceanfront estate Hammersmith. Music was provided by Luigi Vena who sang Ave Maria and the Meyer Davis orchestra.