JFK again had lunch with friend and journalist Charles Bartlett, this time at the private Metro Club at JFK’s favorite lunch time of 1:00 pm. They were joined by Purcell Smith.

Back at his office at 3:00 pm, Kennedy met with representatives from the American Federation of Mechanical Engineers (a Mr. Morrissey and a Mr. Cushing, both of whom were Boston constituents of Kennedy.)

At 4:00 pm he attended a press function in the Senate gallery and in the evening had dinner with his future wife Jacqueline Bouvier. 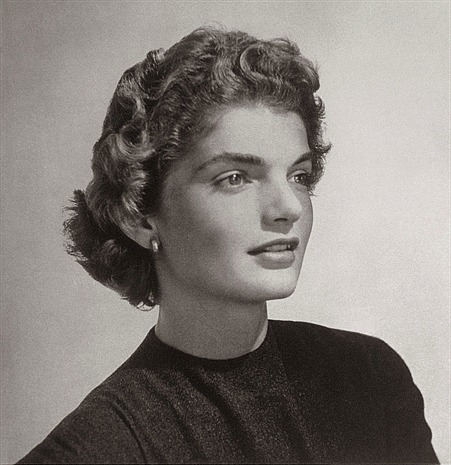 Jackie Bouvier in a 1953 photo shot for Vanity Magazine by photographer Horst P. Horst. Her naturally curly hair that she invariably had straightened during her White House years is seen (photo courtesy chexydecimal.com)