JFK, who lunched late as he was not typically an early riser, had lunch at 1:15  in the House of Representatives restaurant with Massachusetts Congressman Tip O’Neill, who had taken JFK’s old Congressional seat in the 11th Massachusetts district. Also joining them was Congressman Edward Boland from the 2nd Massachusetts District. 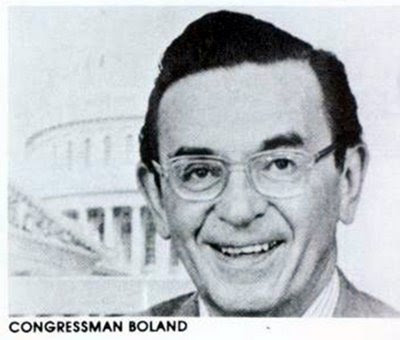 O’Neill and Boland were both new Congressman and roomed together in an apartment in Washington for the next 25 years, until Boland married for the first time at the age of 62.