JFK was asked to give remarks at a dinner honoring former President Herbert Hoover for his efforts on the Second Hoover commission to bring a more business-like culture to the federal government. Kennedy spoke for about 15 minutes and gave an oddly inappropriate

speech that must have left some astonishment in the group gathered that evening. 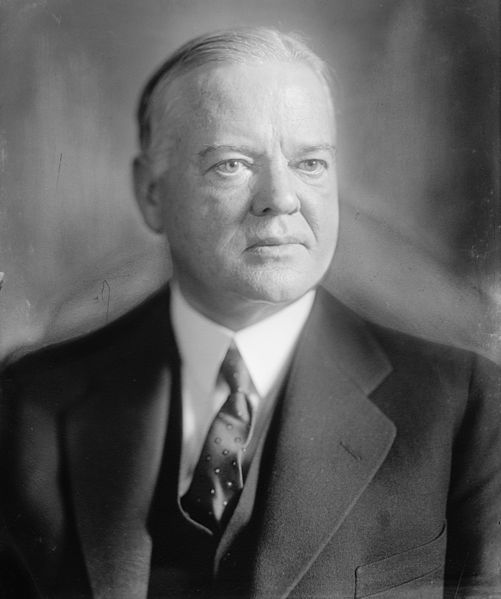 His talk started off well enough with a joke on himself about how odd it was that a Senator would be invited to ceremonies championing good budget and economy. His talk then went off disjointedly with the somewhat unflattering, puzzling reference to the fact that Hoover was not doddering:

No. Herbert Hoover does not propose measures he has not read, nor approve those he does not understand. At the age of 81 – when most men are firmly fixed to their rocking chairs – he accepted without hesitation the challenge offered by President Eisenhower to undertake once again an examination of the Executive Branch of the Government. And I have it from an unusually reliable source that he was a working chairman, probably the “workingest” chairman any commission or committee ever had…

And then, oddly, Kennedy went on to defend Hoover’s position as a stabilizing force and not a reactionary:

I want to mention a misconception which has resulted from the adverse comments of some pressure groups and politicians – and some of my best friends are politicians – and that is the notion that the Second Hoover Commission was a biased, reactionary group which reached preconceived conclusions in a slanted, controversial report that would deny services to millions of Americans…

All in all, a slightly bizarre testamonial by JFK.