Profiles in Courage, the book about eight United States Senators who showed political courage in defying expectations and party and constituent concerns in voting their conscience on controversial issues, was awarded the Pulitzer Prize for biography. 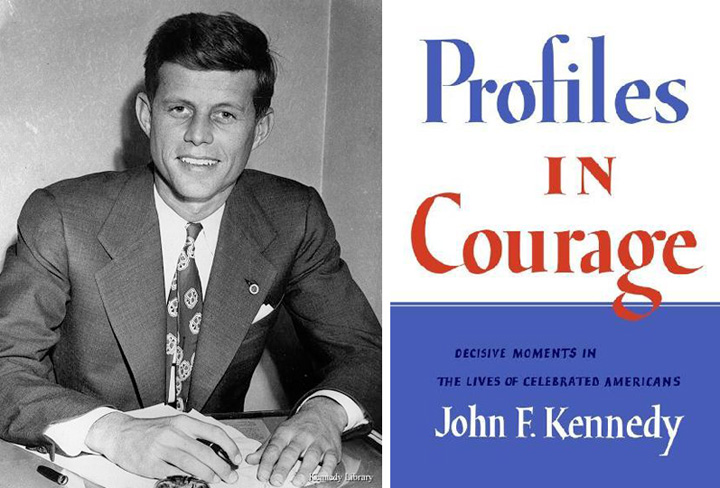 Although Kennedy always maintained that he wrote the book, Ted Sorenson admitted in his 2008 autobiography that most of the early drafts of the book were written by him. The list of the eight senators – Robert Taft, John Quincy Adams, Thomas Hart Benton, Daniel Webster, Sam Houston, George Norris, Edmund G. Ross, and Lucius Lamar – was compiled with the help of Sorenson, research assistants, and even Jackie Kennedy.

At the time of publication and for years afterward there was controversy and sniping from JFK’s political foes about the book being ghostwritten, a point upon which JFK did not delude himself. Shortly after publication of Profiles in Courage, he offered Sorenson half of the royalties of the book for the first five years.