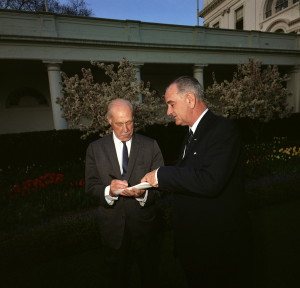 Pearson had ripped Kennedy for being dishonest in accepting a Pulitizer Prize for Profiles In Courage, claiming that it was largely ghostwritten.

JFK was angry and reportedly said, “I can’t let this stand. It is a direct attack on my honesty and integrity.” He wanted Clifford to file a lawsuit against ABC and the interview participants.

During their conversation, Joe Kennedy called from Palm Beach, also reportedly spoiling for a fight and requesting that Clifford take legal action.