JFK wrote a letter to his Harvard and Spee club friend Cam Newberry. The letter was in response to a letter Newberry had written Kennedy, mocking his appearance and his complexion. In return, Jack facetiously expressed mock outrage in a frivolous, college-boy voice,

“What I most feared would happen – has happened. Somehow, somewhere there has been a leak – probably out of Washington – some Republican trying to dig up campaign material evidently – and you have learned that on my draft card in the complexion column the examiner placed a very large bold X opposite the word “ruddy.”

Embittered – probably because you are catalogued in the records forever as “sallow” – in spite of almost strangling to death in the lobby due to wearing a shirt two sizes too small in the vain hope of choking yourself from sallow to fair, you are desperate – frightened – and are even turning on your old buddy – ruddy Jack.”

The next day, JFK’s draft number was pulled from a random lottery in eighteenth position, bringing to a rapid close his floating-through-the-room life. 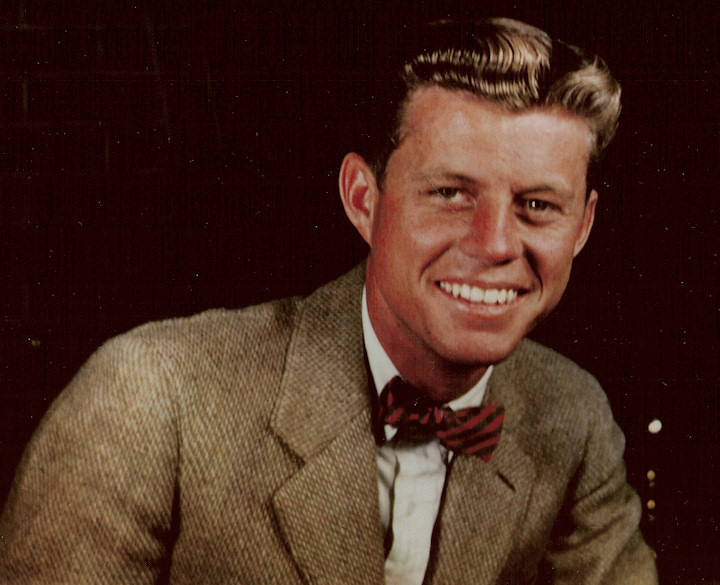