JFK attended his Harvard graduation. His mother and sisters Rosemary, Eunice and Kick and brother Bobby were there to watch him graduate in high spirits.

He phoned his family at the hotel at 9 A.M. telling them to head to the Yard and to make sure they arrived early. The group first stopped at the Spee Club to pick up tickets, where they were met by Jack. Their tickets seats were at the back of the Yard and off to the side, with Rose suspecting that Jack had obtained them at the last moments. After the ceremony, the family waited for Jack at his dorm room, but he did not show up and after waiting, the family left to do some shopping before leaving Boston. 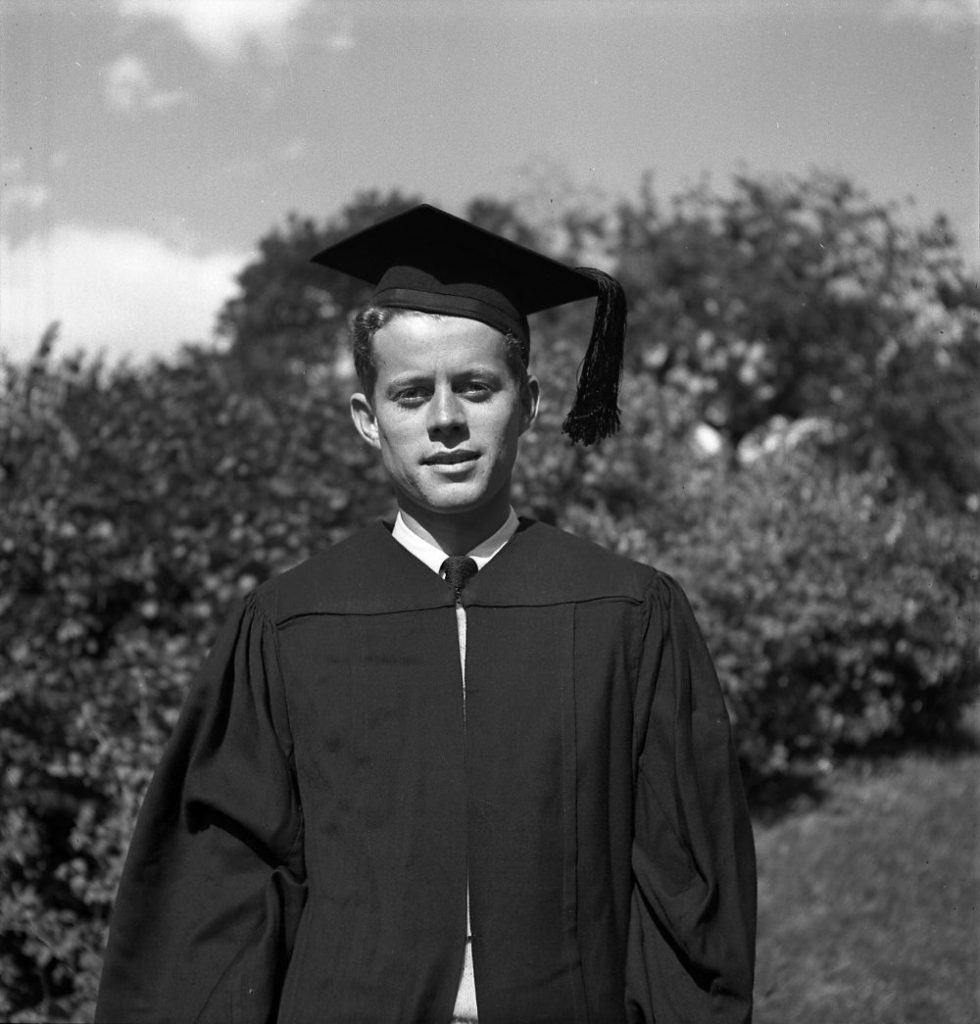