JFK was in Hyannis Port with his family and friends, including the brotherhood of friends he made met and made in the United States Navy. 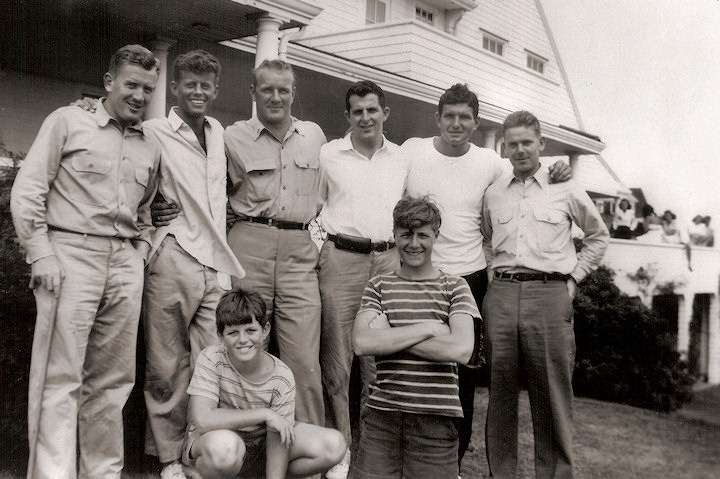