Jim Reed met JFK on the troop transport to the Pacific war theatre. Birthed in the cabin next to Jack’s, they became fast friends.

“We spent countless hours together, just talking. About books, life, history, girls. There was a kind of chemistry between us. We became the best of friends almost overnight.”

“I remember him talking about his family and father.  He said to me, Jamey you’d like my father. He thinks like this – he always goes right to the point.”

Reed survived the war and was named to be Assistant Secretary of the Treasury by Kennedy. 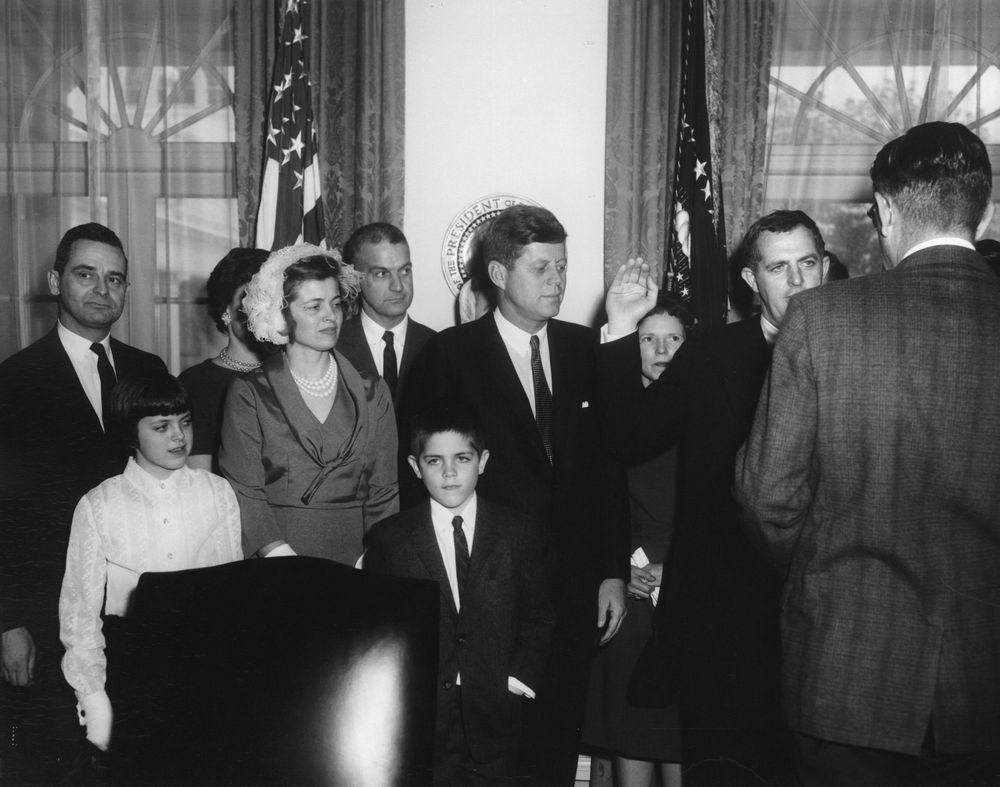 Reed to Kennedy’s left being sworn in on February 16, 1962. (photo courtesy of Abbie Rowe, JFK Library.)