Henry J. Brantingham served with Jack in the PT boats on Tulagi. On the night Jack’s boat was sliced open by a Japanese destroyer Brantingham commanded four PTs in Division B – PT109, PT 159, PT157, and PT162.

The collection of boats were assigned a patrolling station about 40 miles from base and left just before nightfall. After the surviving crew of the PT109 was rescued, Jack felt some bitterness that the PT boats in the Brantingham command had not organized an immediate rescue party. 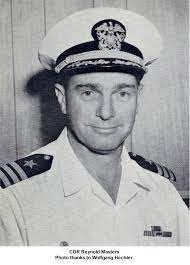 Brantingham was a career  naval officer, having graduated from the Naval Academy in 1939. Before his service in the Solomons, he had seen action with the group of PT boats that rescued MacArthur from the Phillipines. After his PT days, he went on to serve on destroyers and eventually received his own command on a smaller service vessel. He retired at the rank of commander.