In an attempt to win favor, Jack met with O’Brien one cold January night at his funeral parlor. O’Brien recalled that JFK was “like a boy just out of school who had no experience politically and … I don’t think he even knew where the district was.” 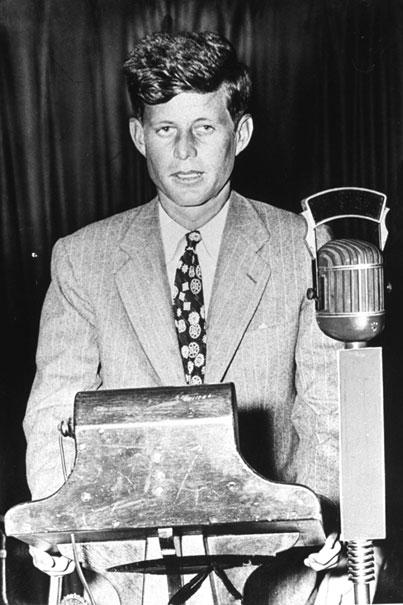 JFK during his first campaign for Congress in 1946 (photo courtesy politico.com)

O’Brien was not afraid to tell JFK to his face what he thought of him. “You’re not going to win this fight. You’re a carpetbagger. You don’t belong here. I’ll tell you what I’ll do. If you pull out of the fight and let Neville go to Washington, I guarantee you I’ll get you the job down there as Neville’s secretary.”

Jack’s retort on the way out the door, half under his breath was that he “would rather not have O’Brien handle [my] funeral arrangements.”

Not convinced to drop his opposition to a Kennedy run, O’Brien went to see Joe Kennedy in an attempt to persuade the family to “wait their turn”  and wait for “a shot later on.”