This was the residence of the United States ambassador to the Court of St. James’s during the time Joseph Kennedy, Sr. held the post from 1938 to 1940. 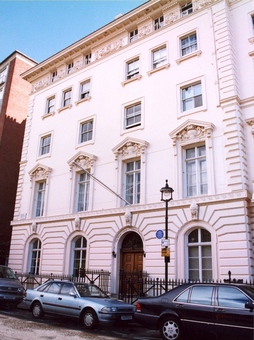 JFK lived here when visiting his family during part of the summer of 1938 and during the fall of 1939.

The house’s street address comes from the fact that it is across the street from the Prince’s gate of Hyde Park. The residence was originally owned by J. P. Morgan, who also owned 13 Prince’s Gate, the house next door. To better house his art collection, Morgan combined the houses by knocking down internal walls. 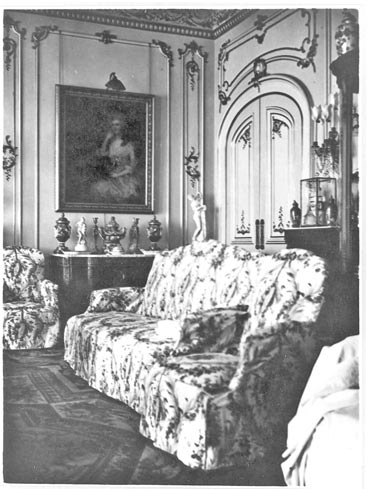 After the building was given to the United States Government, architect Thomas Hastings was hired to redo the facade. He is also responsible for adding the famous red Indian head carvings.

The building was abandoned by the US government in 1955 because the building of nearby flats was deemed a security risk. The builiding was subsequently occupied by the Independent Television Association and the Royal College of General Practitioners.