A well-connected Tunisian diplomat who was the son of the Tunisian Premier. 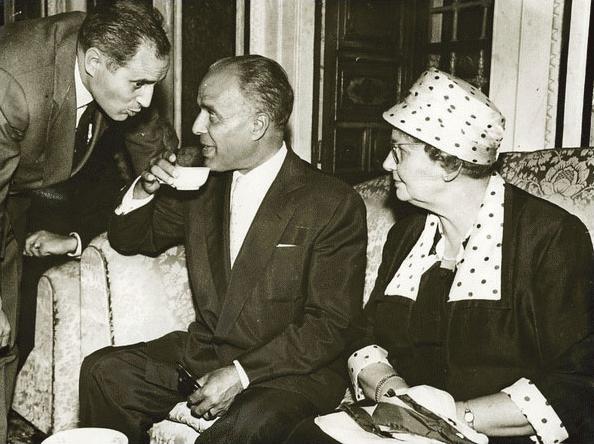 Habib Bourguiba, Jr. with his parents in 1956

It was speculated by the French in July, 1957 after JFK gave a very controversial speech  in the Senate on Algerian independence that infuriated the Eisenhower administration and Frenchmen of all political stripes, that Kennedy was briefed on the intricacies of French and North African politics by Bourguiba, Jr.