William C. Battle was a tent mate of JFK on Tulagi and fellow commanding officer of a PT boat. In 1962, JFK appointed him U.S. ambassador to Australia. 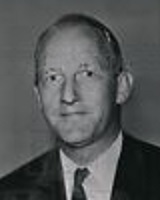 He recalled to another biographer:

Jack Kennedy impressed me as almost being right out of central casting for a job as skipper of a PT boat. He was exciting. He was smart, quick, great sense of humor. He could laugh at himself. Just a wonderful companion… highly idealistic, obviously intent on making the greatest possible contribution that he could. Always concerned about the welfare of his crew, this was one of his outstanding traits.