JFK was sent to Tulagi Island to recover after his August 8, 1943 rescue from a six day ordeal following the sinking of his PT 109. 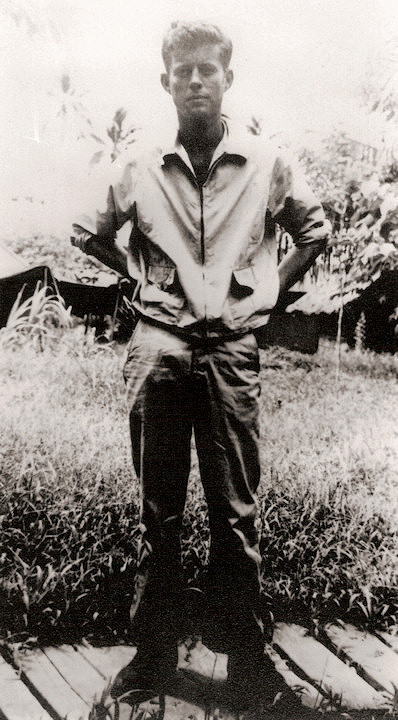 Despite being emaciated and weakened by his efforts to save himself and his men, Kennedy was eager to get back in the fight and readily accepted command of a new vessel, the PT 109 on September1, 1943.