Thomas M. Rees was an aide and advisor to JFK during his campaign for the Presidency. Rees was a lawyer born and educated in California. He was a member of the Calfornia Assembly in 1960 when he advised Kennedy on strategy and California politics. He later ran for a seat in the United States House of Representatives, where he served for six terms. 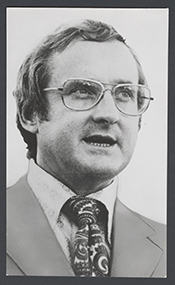 During the campaign for President, he was a close observer of the effort Frank Sinatra made in advancing JFK’s cause.